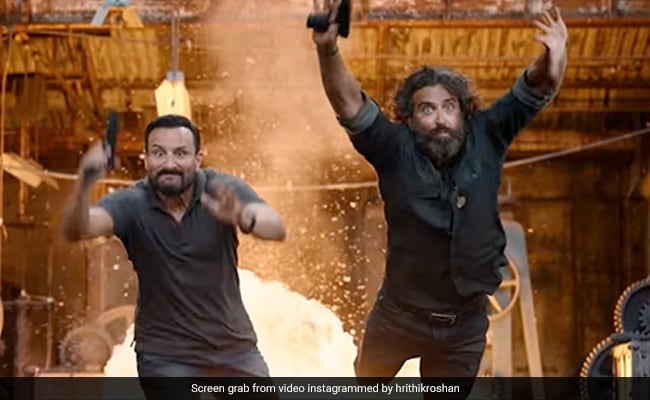 Ahead of Vikram Vedha's release, Kareena Kapoor gave a huge shout out to the film on her Instagram story. The film stars Kareena Kapoor's husband Saif Ali Khan along with actor Hrithik Roshan. Kareena Kapoor shared a poster from the film and she wrote in her caption: "Best film best actors best story best directors...what a film...blockbuster." She added a couple of heart and fire emojis. Vikram Vedha is a Hindi remake of the 2017 Tamil neo-noir action thriller of the same name, which starred Madhavan and Vijay Setupathi in the lead roles. The Hindi remake also stars Radhika Apte and Sobhita Dhulipala.

This is what Kareena Kapoor posted: 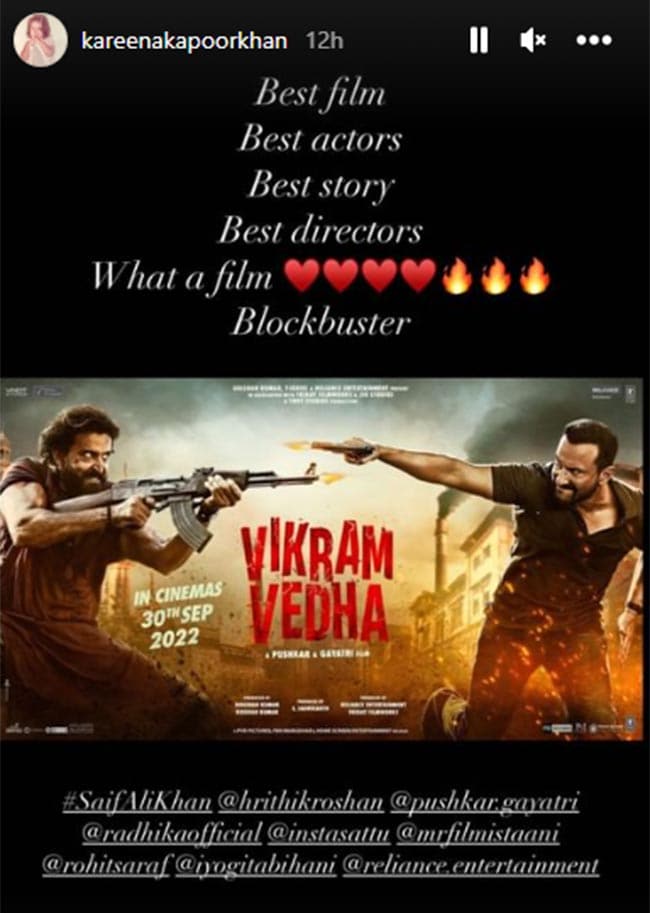 Meanwhile, Hrithik Roshan's dad and veteran actor-filmmaker Rakesh Roshan also gave a shout out to the film in an Instagram post and he wrote: "Saw Vikram Vedha. Terrific. Credit to the director, actors and the team. Wow."

The film has been written and directed by Pushkar-Gayathri, who also helmed the original. The film is slated to release in theatres on September 30 and it will clash with Mani Ratnam's magnum opus Ponniyin Selvan.

Kareena Kapoor and Saif Ali Khan got married in 2012 and they are parents to two sons - Taimur, 5 and Jeh, who they welcomed in February last year. They have co-starred in films like Tashan, Omkara, Kurbaan and Agent Vinod.